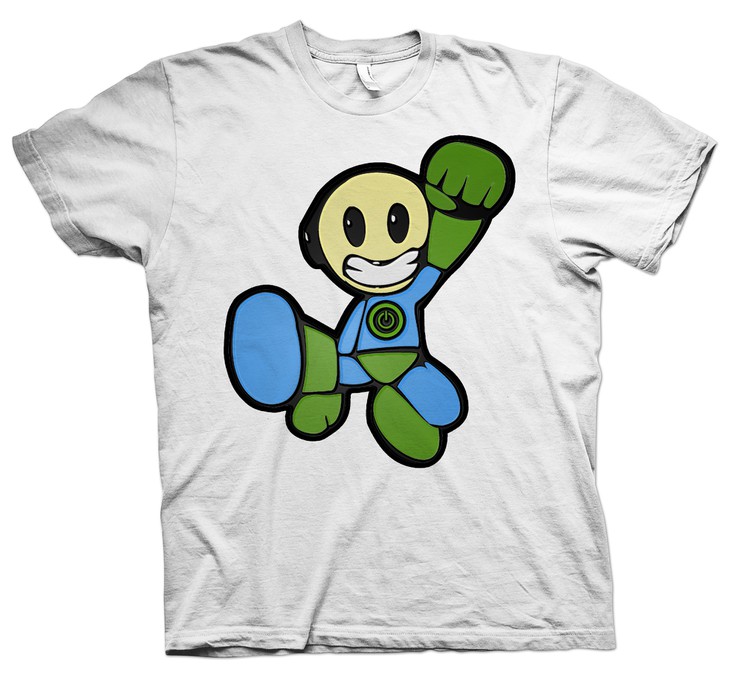 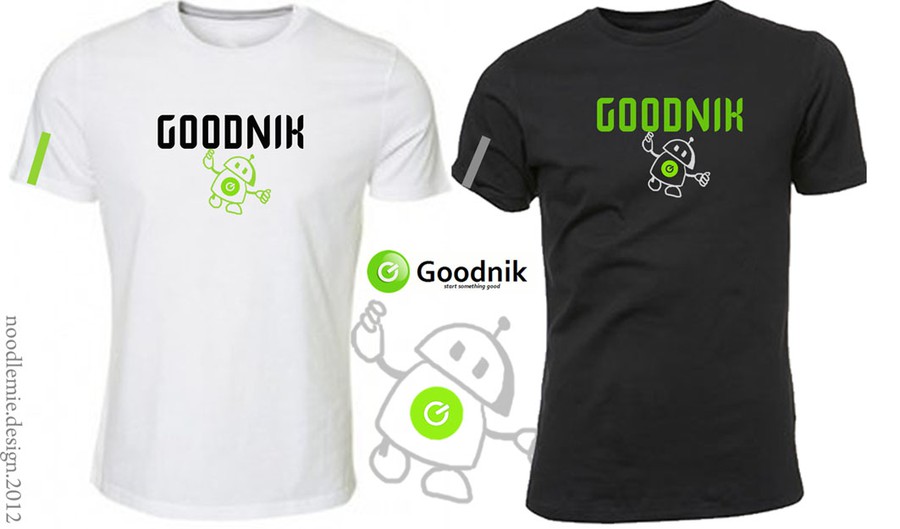 Nate-Goodnik needed a new t-shirt design and created a contest on 99designs.

2 winners were selected from 109 designs submitted by 25 freelance designers. 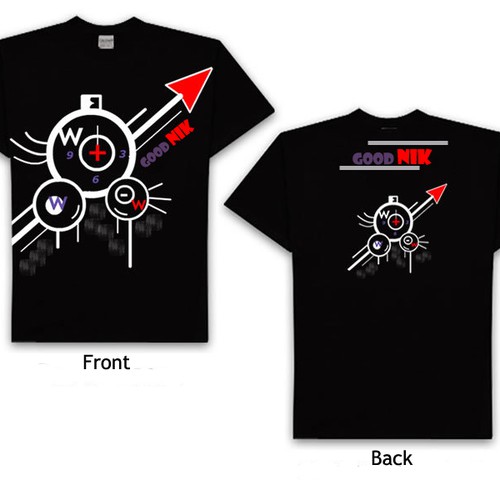 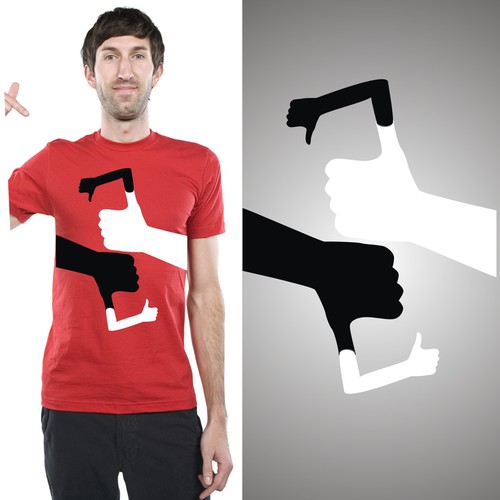 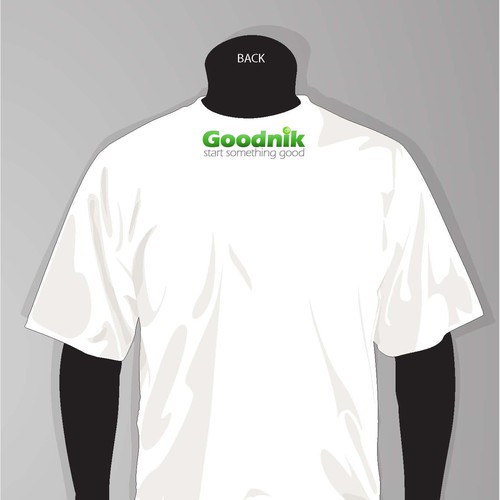 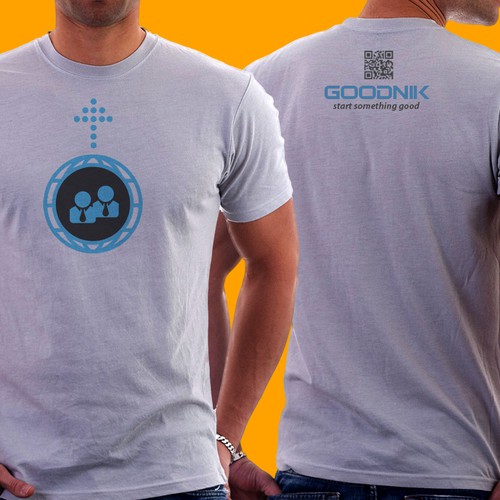 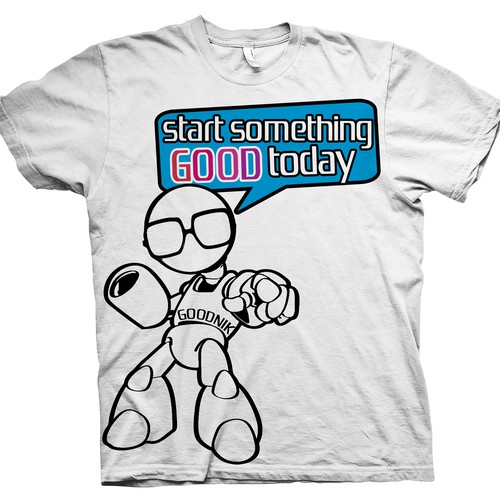 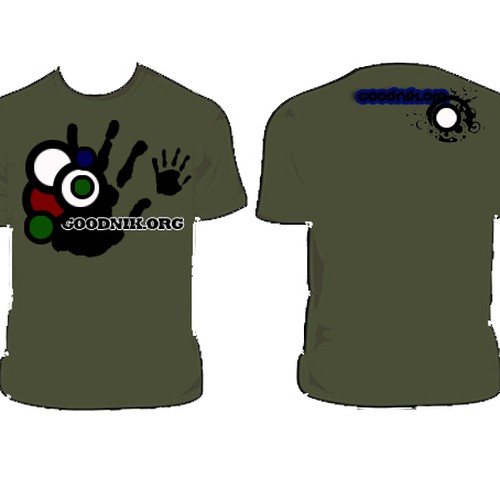 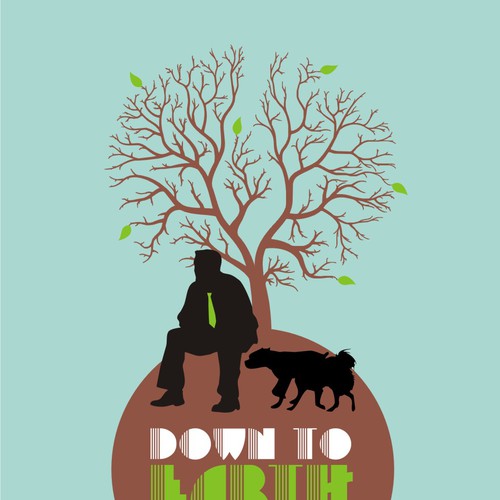 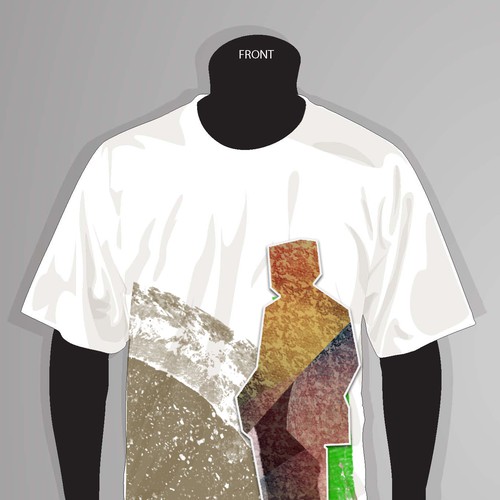 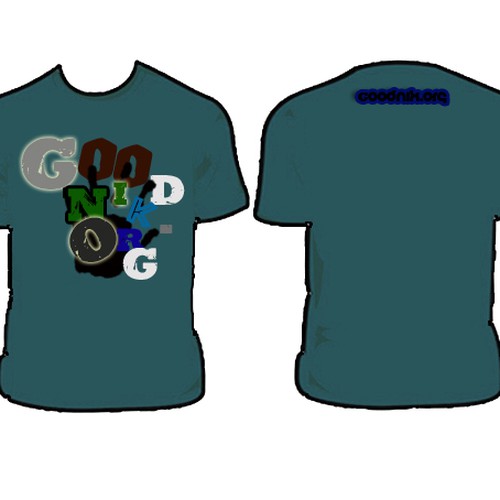 Winner - noodlemie
noodlemie was able to create an awesome design based on some instruction that was given. Thank you, noodlemie! You are very talented!
- Erikr424

Finalist - Vick'z
Great designer and a pleasure to work with.
- Honeydip

How Nate-Goodnik started their t-shirt journey

Goodnik is a nonprofit organization that supports social entrepreneurs and nonprofit startups through education and access to private sector resources, and promotes social responsible business.

Goodnik is an organization that, in part, promotes using technology to increase the impact of social causes. So a t-shirt filled filled with butterflies, rainbows, unicorns and images of a globe or people holding hands IS NOT going to work (unless it's in an ironic way). Think more edgy, more fun. More hipster. More geek.

Because my organization works in the technology sector, I need a t-shirt design that appeals to the "digerati" - something someone might actually want to wear, or perhaps even more importantly, buy. I don't need a shirt with a logo on it - I could do that on my own. I'm looking at shirts from Threadless, BoingBoing and others as inspiration; something that can take the Goodnik name and make it cool, blending it with some kind of graphic that is attractive and distinctive.

Since my organization is new and I'm looking to raise money, one idea that I've had is to make a limited edition t-shirt (either in color or design) so that I can attract those who might want something that shows they were an "Original Goodnik" supporter. That's not a requirement, but I think there are some potentially good themes around that idea.

Note that the worrd "goodnik" refers to a person - it means someone who does good things. So the person wearing the shirt is identifying themselves as a goodnik.

The design of the shirt does not need to include the word "goodnik" in the main part of the design, though it should at least include it on the back. If the word is used in the design I prefer it be used as "goodnik" not "goodnik.org"

I'd prefer that the design work as both a full-color and single-color print - intricate line drawings might work well.

New t-shirt design wanted for Birmingham Canoe Club
US$145
We are non-profit canoe and kayak club in Birmingham, Ala
17
entries
10
diseñadores
Iron Phi - Join the Brotherhood of Athletes needs a new t-shirt design
US$245
The concept of Iron Phi was developed as a way to strengthen both Phi Delta Theta Fraternity and its impact on the fight against
27
entries
9
diseñadores
Help Kingsburg High School Basketball with a new t-shirt design
USD 145
We help supprt High School Basketball in our community
43
entries
18
designers
New t-shirt design wanted for Miss / Mrs.
USD 145
Miss / Mrs
83
entries
26
designers
Experience designing shirts for bands? Create the next design for Live.LIVE.Loud
US$ 245
Raises money to fight cancer through live music
60
entries
17
designers
Help RU4Children with a new t-shirt design
$ 145
We are a non-profit organization that creates a beneficial environment for orphans women and children to break the cycle of pove
83
entries
26
Designer

We saved a spot for your t-shirt contest.

Get started now
T-shirt design for "Heal Your World"
$145
The purpose "Heal Your World" is to improve your own small world, which in turn contributes to the bigger picture
62
entries
15
designers
t-shirt design for #SaveMyFriend
145 $
For a petition to save 31 North Korean Refugees from execution!
28
entries
11
Designer
Eat Wild Caught Gulf Coast Shrimp!
$ 299
Promotes and Educates consumers on the importance of protecting and growing the wild caught Texas Gulf Shrimping indu...
93
entries
26
Designer
Shit matters, consulting group needs a logo
£239
i-san provides technical advisory, research and consultancy services for sustainable urban development in low income cou
145
entries
35
designers
Design a logo to save America's native dog
299 US$
We advocate for the humane treatment of America's native dog, the coyote. The target audience is animal and nature lover
51
entries
13
designers
Design a standout modern logo for a Presbyterian church
$ 299
We are a midsize presbyterian church located in the heart of San Antonio taxis. We are a unique church in the fact that
88
entries
16
Designer
Learn more about t-shirt design
See how it works