MCNULTYP3 got their new book cover by running a design contest:

Patrick McNulty is an author, screenwriter and a big fan of all dark and twisted stories. He lives in southern Ontario with his family and dog.

Haden Church deserved to die. A liar, a thief and an assassin, no one mourned him on his day of Judgement. Doomed to Hell and desperate for a way out, Haden discovers he has one last card to play. Capture thirteen demons roaming through time and Haden will redeem his corrupted soul and win back his life. First stop is 1876 in the hills of North Dakota, where a shapeshifting killer straight out of Native American myth is ripping through the snowbound population. Can Haden complete the impossible task and redeem himself in the bargain? Odds are against him but no matter what happens it’ll be one Hell of a ride.

MCNULTYP3 collaborated with designers to refine their ideas

Robin Hood Films
Choose a design you love and work closely with the winning designer to refine and finalize your design. After that they’ll supply the files needed for print or digital use. Full copyright is all yours.
You’ll get all the image files you need to put your design anywhere. This includes the original, editable file, as well as a preview version you can open on virtually any device.
If you know exactly what you’re looking for, it makes sense to work with an individual freelance designer. In that case, you can search through our designers’ portfolios and find your perfect match.

Amazing book cover for nonfiction book - "How to Spot a Liar"

Looking For A Very Creative Book Cover - Not your average cover

Beginning and 1st time chicken owners who want to raise chickens on their land for eggs.

Anyone with a real estate license

Male and Female readers between the ages of 35-45, maybe older Readers who are single, married, parents with younger ki

Fans of memoir, specifically 'Wolf of Wall Street' and 'A Million Little Pieces.'

Design a great book cover for a family Bushcraft guide

Something that reminds readers to be afraid of the dark

18-99, males and females, global, fans of horror and thrillers. 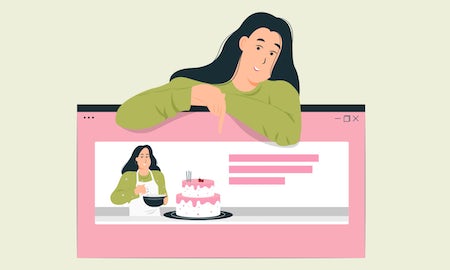 Hero image design: how to perfect your website's first impression

9 Webflow tutorials for a beginner's guide to making a website