Not long ago, working as an independent freelancer in a creative industry would have been seen as a handicap. Given a design brief, how are you supposed to brainstorm ideas without the input of other people?

In the last decade, however, numerous studies have revealed that conventional “brainstorming” is actually a pretty bad idea. It tends to stamp out creativity and lead to groupthink. Suddenly, it looks like single freelancers might have an edge, as their ideas are comparably undiluted.

We’re inclined to agree. However, the fact remains that it is easy to fall into a creative rut when working alone. To avoid this, you must master ways to brainstorm by yourself. It’s easy enough; just follow the 14 suggestions below.

1. Know what time of day your brain is most likely to be on fire
_

A lot of people find late morning to be their most creative time window—after coffee has had its time to course through your veins, but before the pre-lunch hunger and post-lunch fatigue set in.

It varies from person to person, however. The novelist Haruki Murakami wrote all of his books in the early hours around dawn, and there are plenty of creative night owls out there who do their best work when most of the world is asleep.

There are certain things that are sure to distract you. Your computer, for one, is a constant invitation to check your email, browse the web and otherwise do focus-killing things.

But there are many other environmental factors that can prove distracting, like a messy room where the clutter interrupts your workflow or constantly nags you with the thought of the chores you need to do. Find somewhere clean and serene.

If you always work in the same place, the space itself can become associated with particular thought processes that will get you in a rut.

Sometimes the best thing to do is to just leave and work somewhere fresh—especially somewhere like a coffee shop, where you are likely to have unexpected encounters or experiences that may prove inspiring.

If your project is, say, designing a product label for a bottle of wine, the worst thing you could do would be to just look at other bottles of wine. You’ll wind up anchoring your mind to things that have already been done, which is a surefire way to stop creativity in its tracks.

Indeed, in this case you ought to look beyond label design altogether. Instead, surround yourself with painting, sculpture, book covers, logos and websites to get your gears turning, then return to wine bottles once you have a concept in mind.

If there is one thing that Sigmund Freud taught creatives, it is that you can tap into the roots of your creativity through forms of word play like free association—letting your mind come up with all the words that it associates with a given core term. The results are sure to be unexpected and inspiring.

The more structured version of this is called a mind map: begin by writing down your key term in the middle of a piece of paper, then start writing down every other word that jumps to your mind in association with the ones before it, linking them with lines.

The Dada alternative is the so-called exquisite corpse: write down a bunch of words vaguely associated with your topic, each on its own piece of paper. Put them all in a hat and then pick out pairs at random. The unexpected combinations are sure to inspire you.

6. Resist the urge to edit and refine
_

When you’re in the brainstorming stage, the last thing you want to be is critical. The point is to get as many thoughts and ideas out there as possible, including the foolish ones (which may end up morphing into the best ones, anyway).

Give in to the creative flow and resist the urge to edit and refine—an important step, to be sure, but one that should wait until later.

Brainstorming is no time to shackle your creativity with realism. Rather than narrowing your thought processes according to budget, timeframe, client personality and the like, try thinking big.

If you had infinite funds, infinite time and an infinitely encouraging client, what would you come up with? Overambitious thoughts like this will start moving your mind in more interesting directions. Once you have a great concept, you can start thinking about how to make it work within the confines of reality.

8. Mess around with analog tools
_

Despite what you may have been told, your mind is not trapped inside your brain. Rather, it is extended by all the tools you use. So choose carefully. It is often a good idea not to begin brainstorming sketches on the computer, where the established software paths can cause your mind to fall into usual routines and lose creativity.

Computers are also known to prompt the “edit and refine” part of your brain, since the “delete” and “undo” buttons are always within easy reach. Using an actual pencil, pen or paintbrush, on the other hand, encourages you to go with the flow.

It is important to get out of your own head. Of course, this can be difficult when brainstorming solo, but certainly not impossible. There are many techniques for shifting perspectives to, for instance, the consumer of the product or brand image you’re designing.

The renowned design firm IDEO even created a set of flash cards (shown above) with exercises to help you in this process, like “create a character-rich story line describing the context of use for a product or service.”

10. Talk to people outside your field
_

Building 20 at the Massachusetts Institute of Technology was basically a big empty warehouse, where the school would cram professors of various disciplines, from linguistics (namely Noam Chomsky, shown above) to robotics, that it couldn’t find a place for anywhere else.

The result was that it became the site of some of the twentieth century’s most amazing ideas and innovations, earning it the name “the magical incubator.” Why did it work so well? It prompted its inhabitants to interact with people with whom they otherwise might never have spoken, and in a relatively informal environment.

The lesson here is clear: when brainstorming, don’t limit yourself to just talking with your design friends. Bring up your project with other people in your network and ask what others are working on. Joining an interdisciplinary co-working space might be just the ticket. You never know where, or from whom, inspiration will strike.

The mechanics of sleep and dreaming largely remain a mystery to us. What we do know is that, when in dream mode, the brain not only recharges but makes connections between ideas at several degrees of logical remove from one another—a more creative mode of thought than what we experience while awake.

This results in dreams being weird, but also accounts for the fact that some of mankind’s great epiphanies have occurred during slumber. If you return to your ideas after a night’s rest, you may find yourself seeing them from a whole new perspective.

When creativity becomes a chore or a source of stress, it generally disappears. Thus, as a designer, there is a danger in putting all of your creativity toward professional projects that are liable to generate stress.

The internet is a bottomless pit of visual inspiration; don’t let it go to waste. As a designer, it absolutely makes sense to utilize services like Pinterest, which allow you to easily grab and stash the myriad inspiring things you come across.

Next time you hit a rut in a brainstorming session, just start flipping through your storehouse of images and something is bound to trigger an idea. 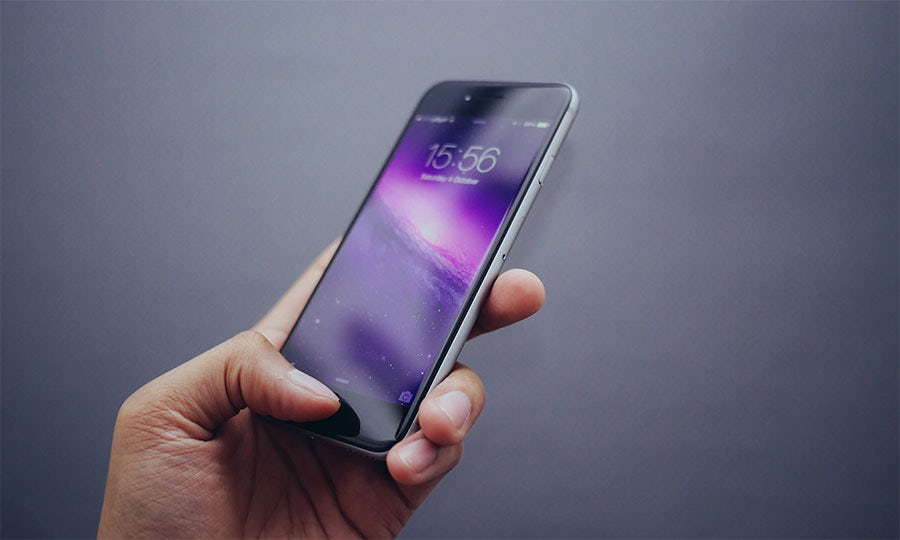 Believe it or not, solo brainstorming is now an industry in itself. There are probably a dozen apps on the market, claiming to help you think creatively and organize your thoughts—sometimes for a substantial fee. We generally approach these tools with a healthy degree of skepticism, as we think that everybody has the potential to brainstorm effectively simply by using the above techniques. However, there are a few undeniably handy apps worth mentioning.

MindNode helps you come up with very clean, very productive mind maps. Moodboard is a great tool for assembling inspiring images relating to your project. If you work on a team, Candor is a nifty app; it allows team members to write down their ideas secretly before sharing them aloud, thus preventing the tendency for groupthink and other forms of thought conformism to occur.

What techniques do you use to brainstorm by yourself? Share in the comments!

You're in!
You proved us right again. Our newsletter is only for the coolest kids. And you’re one of ‘em. Get ready for amazing stuff in your inbox.
Join the community

Designers, check out these contests so you can start building your career.

Get a design
Designers, see opportunities
0%

design by Terbitbasuki
Want design tips & business trends (and the occasional promotion) in your inbox?
Subscribers to our newsletter have been scientifically proven to be smarter, better looking and at least 50% more awesome than average.